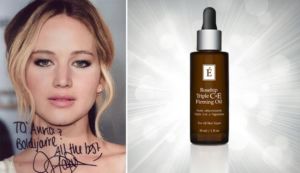 Jennifer was so delighted with our Eminence Organic skin care products, she discovered she had to have more!

We are so excited to reveal that Jennifer Lawrence – an Oscar winner and A-list star described as “the most powerful actress in the world” – is the latest celebrity fan to enjoy Eminence Organic Skin Care. On the set of of thriller “Red Sparrow” in Budapest – the “City of Spas” – Jennifer’s makeup artist requested Eminence Organics for use on the movie. Jennifer was so delighted with our skin care products, she discovered she had to have more! She stocked up on her favorites, which she listed as Eminence Organics Bamboo Firming Fluid, Rosehip Triple C+E Firming Oil and Citrus & Kale Potent C+E Serum. With her skin care needs covered, Jennifer was able to look even more radiant while on-set in Hungary. 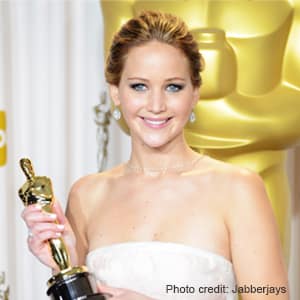 When it comes to superstars, they don’t come any bigger than Jennifer Lawrence. Since 2015, Forbes has declared her the highest paid actress in the world. IMDb cites Jennifer as “the most successful actor of her generation.” Her remarkable career has combined box office appeal with accolades from the biggest awards in the industry. Not only does she star in blockbuster franchises like X-Men and The Hunger Games, but Jennifer has also capped off her career with an Academy Award and multiple Oscar nominations. The romantic comedy “Silver Linings Playbook” earned her an Academy Award, a Golden Globe and a Screen Actors Guild Award and made her the youngest person ever to be nominated for two Oscars as well as the second-youngest Best Actress Winner. Her popularity has also landed her the most prestigious magazine covers including Vogue’s 125th Anniversary September issue, out now.

Watch Vogue’s tongue-in-cheek viral video on the photo shoot below:

We feel incredibly honored to welcome Jennifer and are ecstatic to know that she enjoys our natural, organic and Biodynamic skin care products. In which movie do you think Jennifer Lawrence looks her most radiant? Let us know in the comments below and join the conversation on social media. 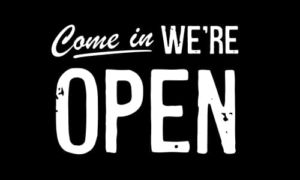 During the past few months of uncertainty, We have been looking forward to the day when we can welcome you the client back to Williamsburg Beauty Spa.

We are excited to announce that we are Open and operating in accordance with the regulations and guidelines put forth by Governor Cuomo.

We have worked diligently during the closure to update the already vigorous sanitation and hygiene standards and implement new policies and procedures to promote the health and safety of each guest.

Our top priority has always been to provide a professional and safe experience for each client and my resolve is stronger than ever before.We have been hard at work to raise the bar of hygiene and sanitation as well as considering every step of the treatment process to ensure We meet each clients needs in a focused and safe manner that is in accordance with government guidelines.

Additional details are attached and will also be found on Williamsburg Beauty Spa Website under sanitation.

CLICK HERE TO BOOK AN APPOINTMENT BY SIGNING OUR INTAKE FORM

✔️The hours of operation my change!!!
✔️Temporarily Spa will be close on Sunday operation.
✔️Intake from has to be sign electronically before every appointment.
✔️No waiting area
✔️Credit card required for all appointments
✔️Canceling no show on appointment hour will be charge 100%
✔️By the appointment only
✔️Nails services are limited

To schedule a service, please email us directly at welcome@williamsburgbeautyspa.com or call us at 347-799-1221

WIlliamsburg Beauty Spa is looking forward to resuming operations and bringing health and relaxation to all clients once again.